These two Byzantine monasteries in the Tumanian region from the period of prosperity during the Kiurikian dynasty (10th to 13th century) were important centres of learning. Sanahin was renown for its school of illuminators and calligraphers. The two monastic complexes represent the highest flowering of Armenian religious architecture, whose unique style developed from a blending of elements of Byzantine ecclesiastical architecture and the traditional vernacular architecture of the Caucasian region. 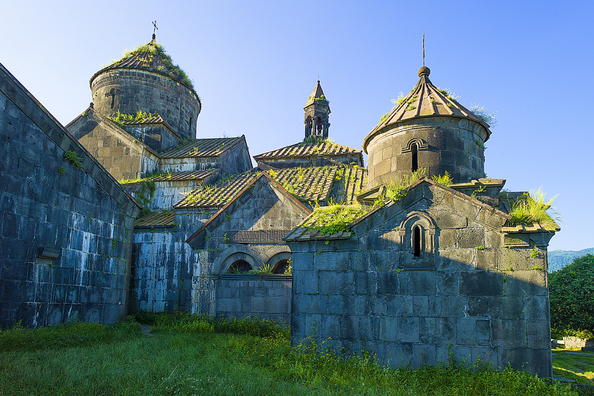 Monasteries of Haghpat and Sanahin

These two Byzantine monasteries in the Tumanian region from the period of prosperity during the Kiurikian dynasty (10th-13th centuries) were important centres of learning. Sanahin in particular was renowned for its school of illuminators and calligraphers. They are exceptional examples of the ‘domed hall’ ecclesiastical architecture that developed in Armenia from the 10th to the 13th centuries, which blended elements of both Byzantine church architecture and the traditional vernacular building style of this region.

The Sanahin Monastery consists of a large group of buildings on the plateau above the Debet gorge and skilfully integrated into the impressive mountain landscape. The buildings are laid out on two rectangular axes, with their facades facing west. The main church, built in the 10th century, is the Cathedral of the Redeemer. The emphasis of the cross-shaped interior is on the central nucleus and the harmony between the square base and the circular dome. The central dome in this case is surrounded by four two-storey sacristies or chapels. To the west there is a four-columned gavit built in 1181. Its plan is that of a cross inscribed in a square. Lighting is by means of an aperture in the centre of the dome. This is the earliest known example of this type of structure, which owes its origins to Armenian peasant dwellings consisting of square rooms with four free-standing pillars supporting the roof and a central hole to allow smoke to be dispersed.

The Church of the Mother of God (Astvatzatzin), located to the north of the cathedral and connected with it by means of a open-ended vaulted passage, is the oldest building in the complex, built in 934 by monks fleeing from Byzantium. The large library (scriptorium), built in 1063, is square in plan and vaulted, with ten niches of varying sizes in which codices and books were stored. At the south-eastern corner of the library is to be found the small church dedicated to St Gregory the Illuminator. The 11th-century Academy of Gregory Magistros is located between the two main churches. The deep niches along the walls and the abundance of light give this building an exceptional spatial quality. The cemetery, located to the south-east of the main buildings, contains the late 12th-century mausoleum of the Zakarian princes.

Haghpat, built by the royal Bagratouni dynasty in the Lori district of northern Armenia in the 970s, was known from early times as Sourb Nshan (the Holy Cross) of Haghpat. Construction to the designs of the architect Traat was completed in 991. It suffered from earthquake damage on several occasions, and in 1105 it was taken and burned by the Selcuk prince Amir-Ghzil. Such was the spiritual importance of Haghpat and its neighbour, Sanahin, that the fortress of

Kaian was built in 1233 to protect them from the marauding MongoIs, but this was taken by storm in 1241. Nonetheless, monastic life continued and new buildings were added later in the 13th century. There was a period of extensive restoration in the 17th century. 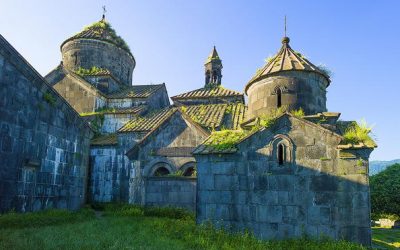 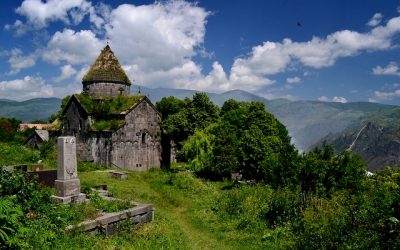 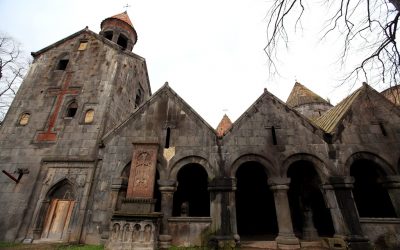 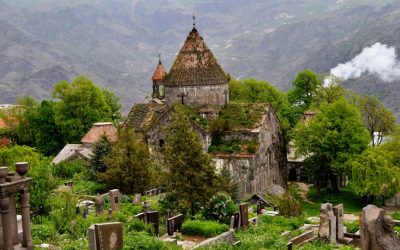 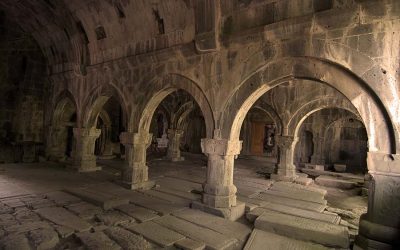 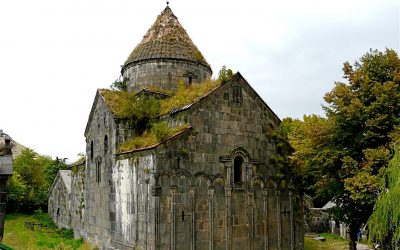 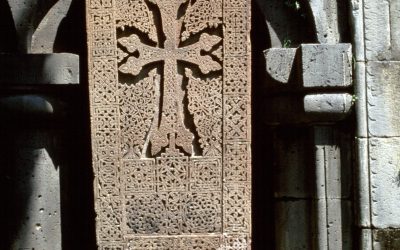 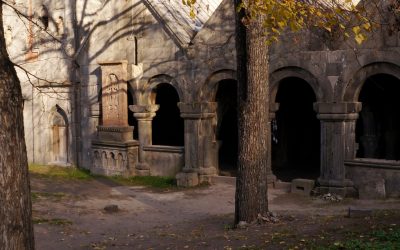 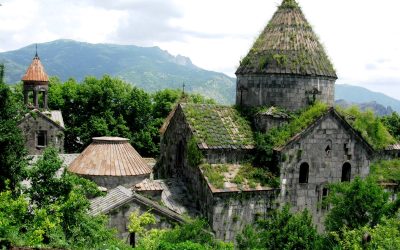