…Our greatest pride and happiness has always
been and is the fact that you can enter any house
in Armenia and find shelter and friendly hospitality there. 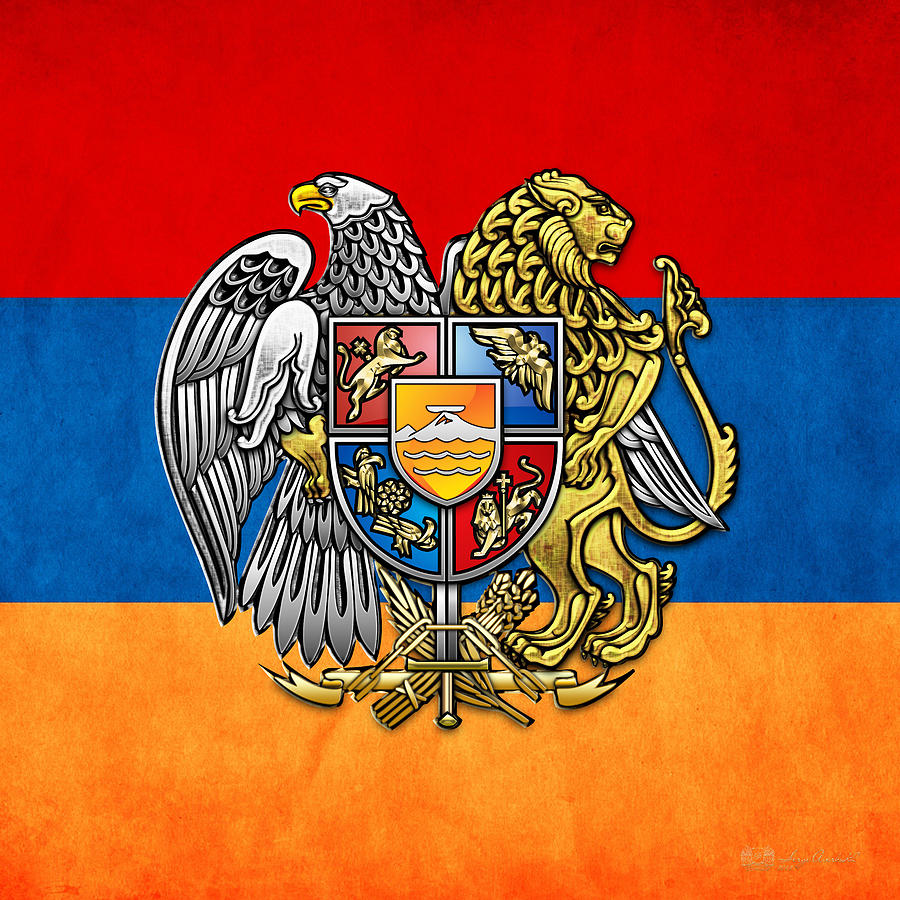 The Republic of Armenia is a country landlocked in the southeastern part of Europe, between the Black and the Caspian Seas, and occupies the northeastern part of the Armenian Highlands. Located at the crossroads of Western Asia and Eastern Europe, it is bordered by Turkey to the west, Georgia to the north, Azerbaijan to the east, and Iran to the south. The country declared its independence in  1991 after nearly 70 years of existence as part of the former Soviet Union.

The Republic of Armenia today occupies a territory of 29.8 thousand square meters, which is nearly 1/10th portion of its historic land. Ararat Valley is in the center of the country representing the economic, political and cultural cradle of the Armenian people. No wonder that nearly all capital cities of Armenia, such as Artashat, Yervandashat, Vagharshapat, Echmiadzin, Dvin, Erebuni-Yerevan, were founded in the Ararat Valley. 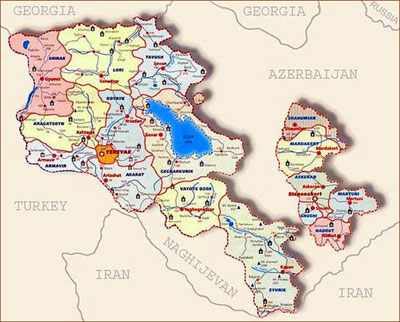 The two-third of the territory of Armenia is uncultivated, and the remaining one-third of the land has been cultivated through tremendous effort and enormous contribution. This is why they say, “Armenians squeeze their bread out of stone”. The legend goes that when Armenians came to God to request their piece of land, all lands had already been distributed and God gave them this rocky highland. People irrigated it with their sweat and reared it with their dreams; they put their soul into it and survived thanks to it. 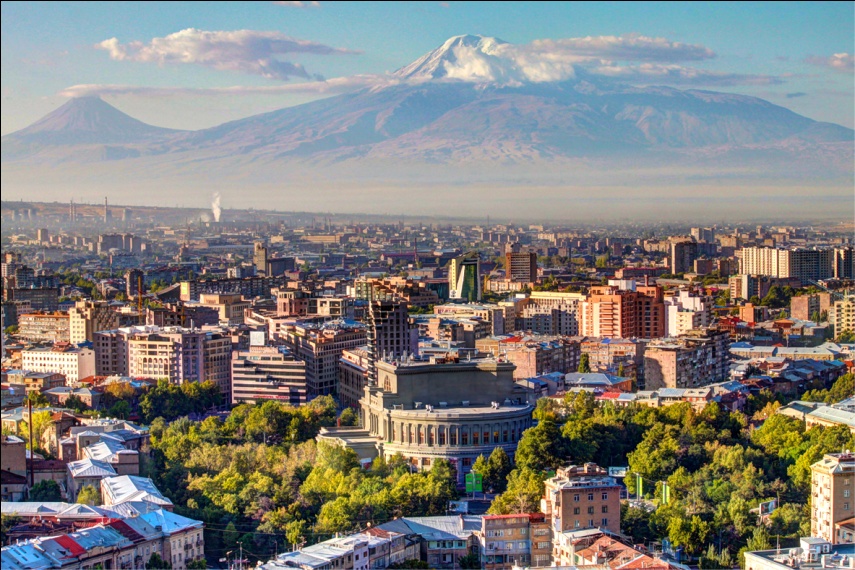 The capital of Armenia is Yerevan, one of the oldest continuously inhabited cities of the world. It is the 13th capital city in the history of Armenia and its history dates back to the 8th century BC, with the founding of the fortress of Erebuni in 782 BC by Кing Argishti I. Situated along the Hrazdan River, Yerevan nowadays is the administrative, cultural, and industrial center of the country. It has been the capital since 1918, i.e. after World War I, when thousands of survivors of the Armenian Genocide settled in the area or scattered across the world. The city expanded rapidly during the 20th century as Armenia became one of the 15 republics in the Soviet Union. In the 21st century Yerevan has been undergoing major transformation as many parts of the city became sites for new construction. Restaurants, shops and street cafes, which were rare during Soviet times, have multiplied. As of 2011, the population of Yerevan was 1,121,900 people making up to 34% of the total population of Armenia. 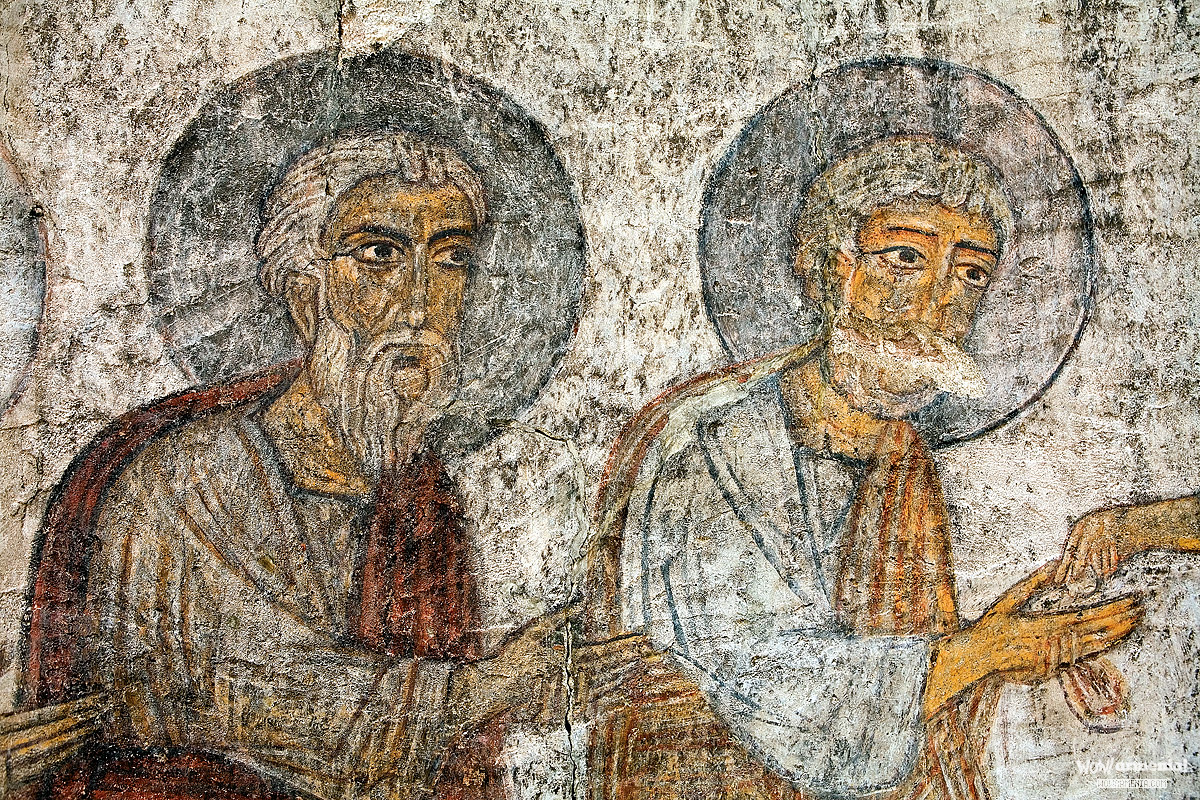 Around 97% of Armenians are Christians. The Kingdom of Armenia became the first state in the world to adopt Christianity as its official religion in 301 AD. In 2001 Armenia celebrated the 1700th Anniversary of the Adoption of Christianity. The modern Republic of Armenia recognizes the Armenian Apostolic Church, the world’s oldest national church, as the country’s primary religious establishment. Christianity has a strong influence in the country, but there is a small presence of other religions too.

Armenia has a population of  3.02 (2012 est.). Ethnic Armenians make up 97.9% of the population. Yezidis make up 1.3%, and Russians 0.5%. Other minorities include Assyrians, Ukrainians, Greeks and Georgians. There has been a problem of population decline due to elevated levels of migration after the break-up of the Soviet Union. Armenia has a relatively large diaspora (8 million by some estimates, greatly exceeding the 3 million population of Armenia itself), with communities existing across the globe. The largest Armenian communities outside of Armenia can be found in Russia, France, Iran, the United States, Georgia, Syria, Lebanon, Argentina, Australia, Canada, Greece, Cyprus, Israel, Poland and Ukraine. 40,000 to 70,000 Armenians still live in Turkey (mostly in and around Istanbul). Also, about 1,000 Armenians reside in the Armenian Quarter in the Old City of Jerusalem, a remnant of a once-larger community.

The climate in Armenia is markedly continental with dry sunny summers and cold winters. Summer season lasts from June to mid-September with the temperature fluctuating between 22 and 36 °C (72 and 97 °F). Winters bring plenty of snow, with temperatures ranging between -10 and -5 °C (14 and 23 °F). However, the low humidity level mitigates the effect of high temperatures. Evening breezes blowing down the mountains provide a welcome refreshing and cooling effect. Springs are short, while falls are long and beautiful with vibrant and colorful foliage. 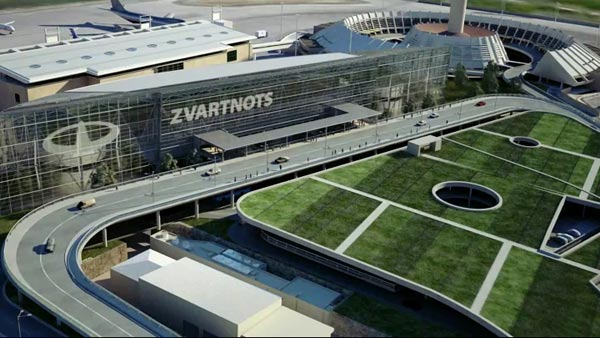 The primary air gate to Armenia, Zvartnots International Airport has been in operation since 1961. It is only 12 km from the center of Yerevan. To meet international standards, 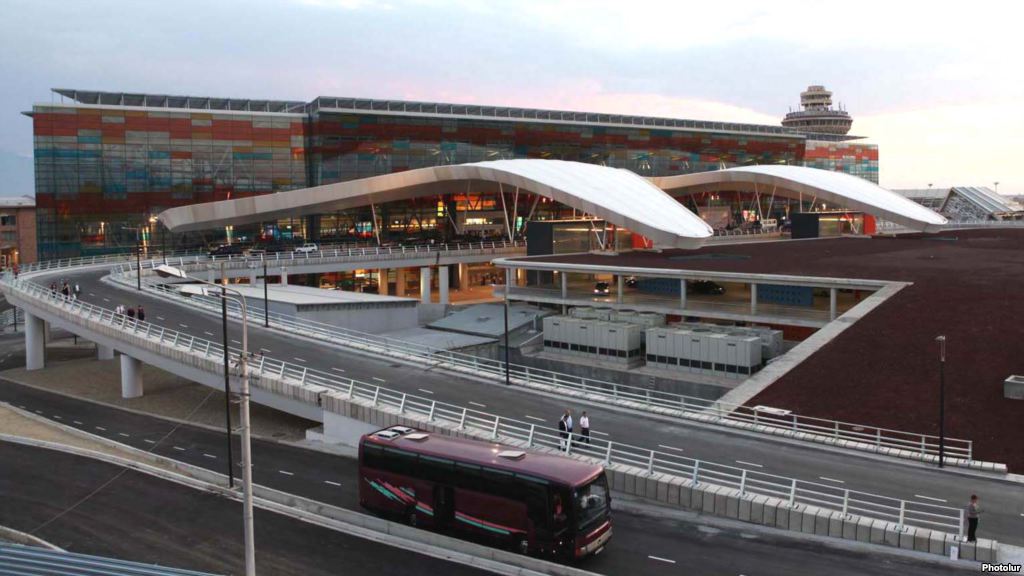 during the recent years the airport has undergone extensive reconstruction with a new passenger terminal renovated, security controls doubled, runway fully repaired, WiFi connection made available at waiting areas and passenger service areas, restaurants and duty-free shops enhanced, new information and check-in systems installed and a new parking area for 800 cars built. The airport has a transit zone, VIP and Business lounges and can handle any type of modern commercial aircraft. Today Zvartnots is the only airport in the Caucasus that corresponds to the rating ‘B’. The airport has the capacity to serve 3.5 million passengers annually. 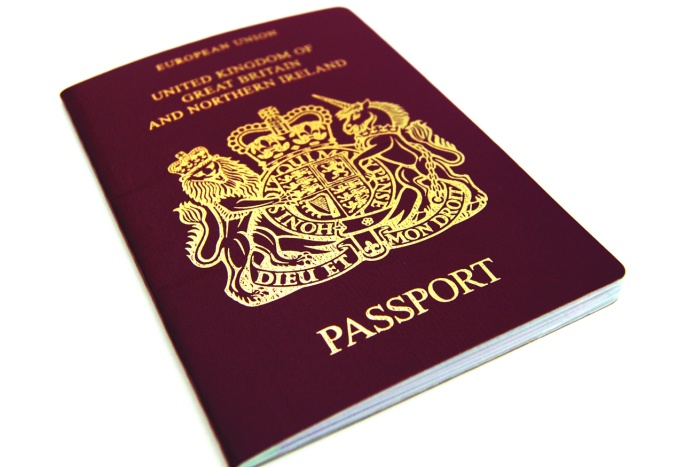 The EU member-states citizens and the Schengen Acquis states citizens are not required to have visa for travel and stay in the Republic of Armenia beginning from January 10, 2013. The citizens of the above mentioned countries* shall be entitled to stay in Armenia without a visa within a period of up to 180 days per year.
The citizens of other countries will be required entrance visa and/or invitations. You can find more detailed information, and the information on e-visas by visiting the web page of the Ministry of Foreign Affairs of the RA:

13. The Principality of Liechtenstein

Personal belongings can be taken in and out of the country without any customs declaration. You can freely import:
• 400 cigarettes
• 2 liters or 1 bottle of alcohol
• 5 kg perfume or an amount valued up to USD 500
• Personal goods valued up to USD 500 (for residents and non-residents).

There are also certain restrictions, including:
• Wild plant and vegetation will require special permission from the Ministry of Environment before being granted permission to enter the country.
• Any pets or wild animals being imported into the country will need permission from the Ministry of the Environment and will need to be accompanied by a veterinarian health certificate clearing the animals of Rabies and any other diseases.
• Pieces of art leaving the country need to be accompanied by a document from the ministry of culture authorizing export. Passenger must hold a photo of each piece of art and pay a tax. 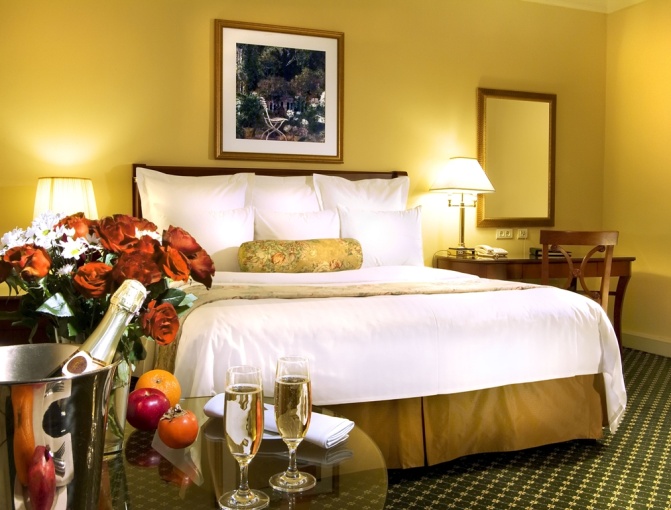 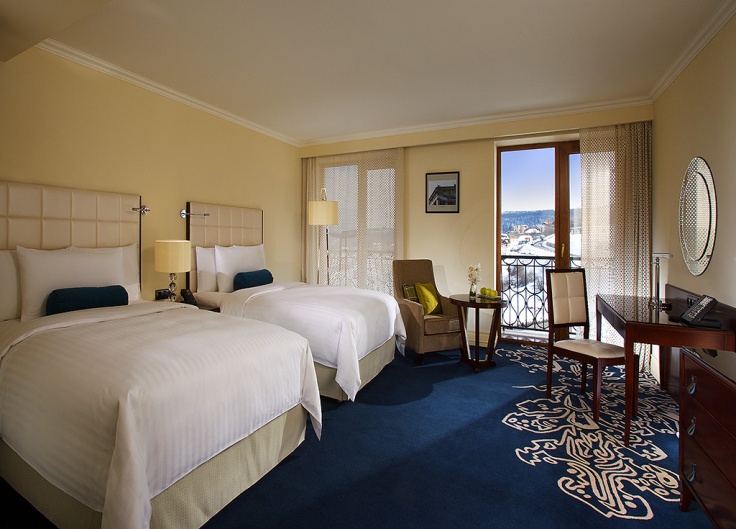 Undoubtedly, hotel is one of the main factors in choosing a vacation package. All hotels listed on this site have been thoroughly reviewed and selected by the specialists of our agency. Locations have been chosen in the city centers as well as on the outskirts. Our hotels are just what you need – recreation centers and oasis of relaxation, cozy bungalows or sumptuous mansions. We pay most serious attention to the development of our programs and forward quite stringent requirements to our suppliers to ensure we meet all our clients’ stipulations.

While selecting your tour package you will have an opportunity to choose between the following:

Breakfast only (Bed and Breakfast – BB);

Breakfast and Supper (Half Board – HB);

Two-time meals (Half Board – HB), in Armenia it is usually Breakfast and Dinner;

The national currency in Armenia is called dram (AMD). Its rate is determined by parity with U.S. dollars, thus excluding the possibility of currency exchange on the so-called black markets. Coins in circulation are 10, 20, 50, 100, 200 and 500 AMD. Bank bills in circulation are 1000, 5000, 10000, 20000, 50000 and 100 000 AMD. The average exchange rate is approximately 410 AMD=1 USD, and 500 AMD=1 euro. Hard currency can be exchanged in a large number of exchange offices across the city. Major credit cards (American Express, Visa, Euro/Master Card) are accepted in nearly all international hotels, major stores and restaurants, often for a commission.

Water
Tap water in Armenia is absolutely drinkable. It is mainly fresh spring water coming from the mountains. However, those who prefer bottled water are recommended NOY, BYUREGH or APARAN spring water, as well as JERMUK, ARZNI or BJNI mineral water that can be purchased in stores, supermarkets and hotels. 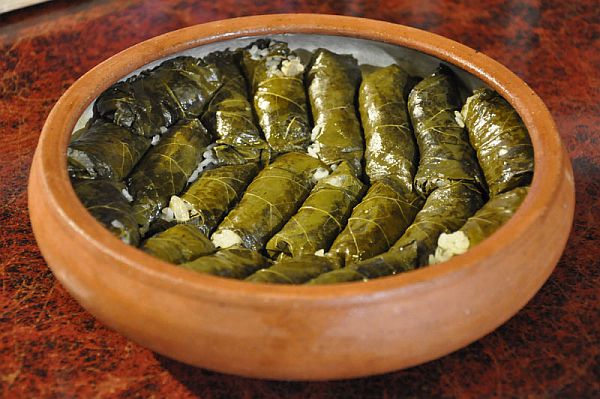 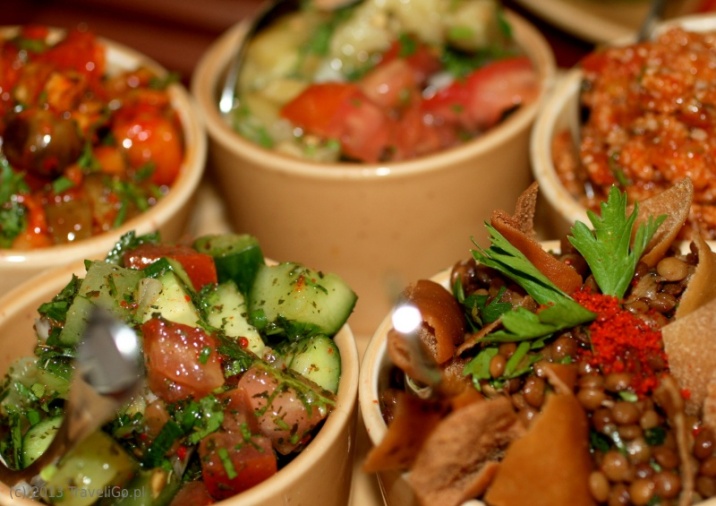 The flavor of the food relies on the quality and freshness of the ingredients rather than on spices. Khorovats (or khorovadz) is the most representative dish of Armenian cuisine enjoyed in restaurants and family gatherings. A typical  khorovats is chunks of meat grilled on a skewer (chargrill). Gharsi khorovats (meaning  “khorovats Ghars style”) takes its name from the city of Kars (Armenian: Ghars) now in eastern Turkey, close to the Armenian border. It represents slivers of grilled meat rolled up in lavash, similar to the Middle Eastern shawarma. Soups and salads are also very popular in Armenia. Sig – a whitefish from Lake Sevan, Ishkhan – Sevan trout, Karmrakhayt – a river trout, and Koghak – an indigenous Lake Sevan fish of the carp family, are usually served steamed, grilled on a skewer, or stuffed and baked in the oven.

Criminal activity in Armenia associated with violence and robbery is very low, especially when aliens are concerned. That is more of a national tradition that a foreigner is God’s messenger and should be treated with deference and respect. Thus, you can feel quite safe both within and without your hotel even in late hours. 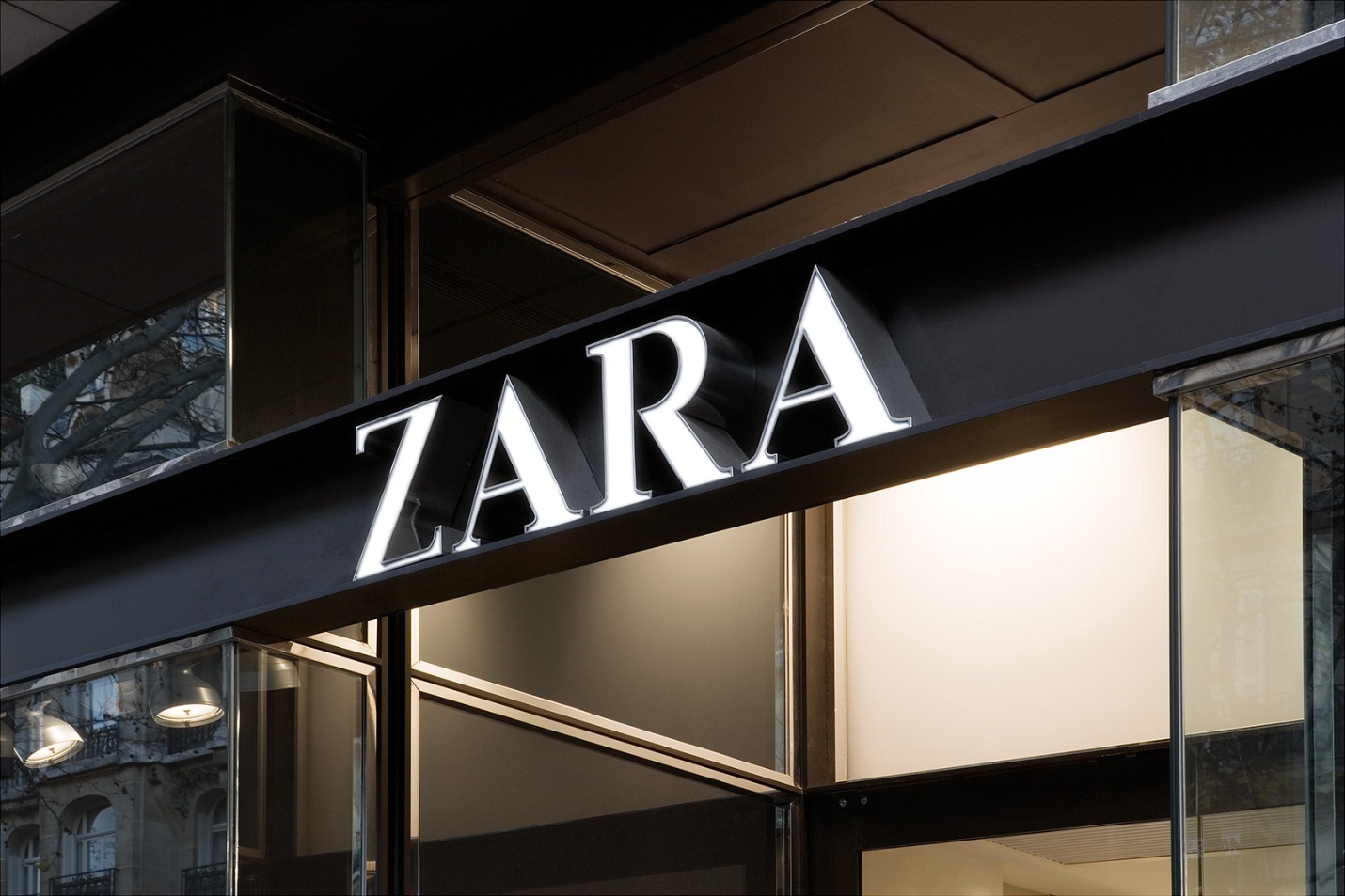 On their first visit to Yerevan, tourists are often excited by the number of unusual and somewhat exotic things for sale there, from traditional glass and wooden ornaments, dried fruits, 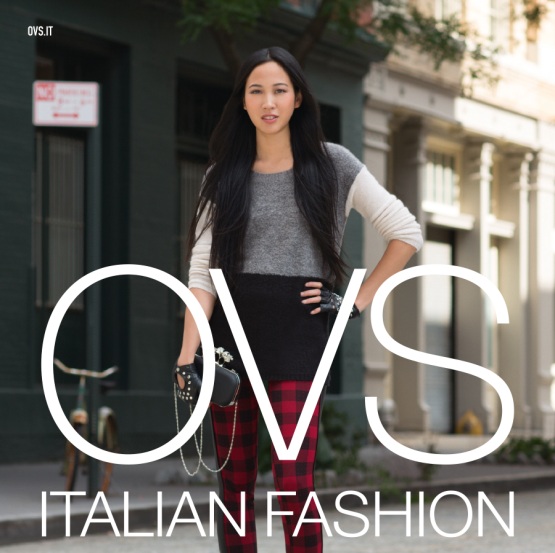 and candies to oriental carpets of excellent quality, made of hand-chosen mountain sheep’s wool yarns in traditional designs.One item that is very popular is the city’s traditional spirit, Ararat brandy.  This liquor, which is available at many stores in the city, has been produced by the Yerevan Brandy Company for generations and is considered one of the best brandies in the world.  It is aged from 7 to 70 years, with the older bottles being more expensive. Modern Yerevan is full of shopping opportunities in brand magazines like La Galleria, the United Colors of Benetton, MaxMara, Debenhams, Escada, Edelweiss, River Island, Ermenegildo Zegna, Ecco, Mothercare, Orchestra, Collin’s, Olsen, Bata, Clarks and many others. 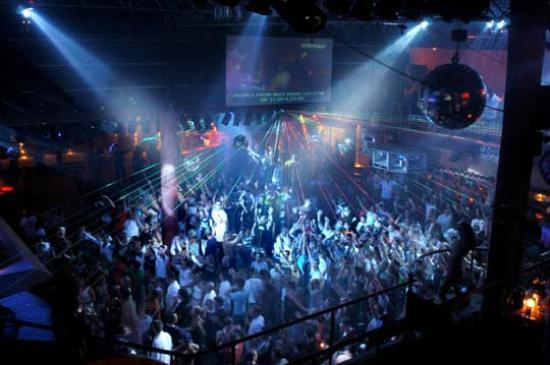 Nightlife in Yerevan is varied. There are numerous bars, pubs, discos and nightclubs with very good resident and guest DJs, good food and you can really have good parties there. On the road to the airport there is a strip of small casinos.  You can eat really great everywhere, which also is the most favorite way of going out with Armenians. 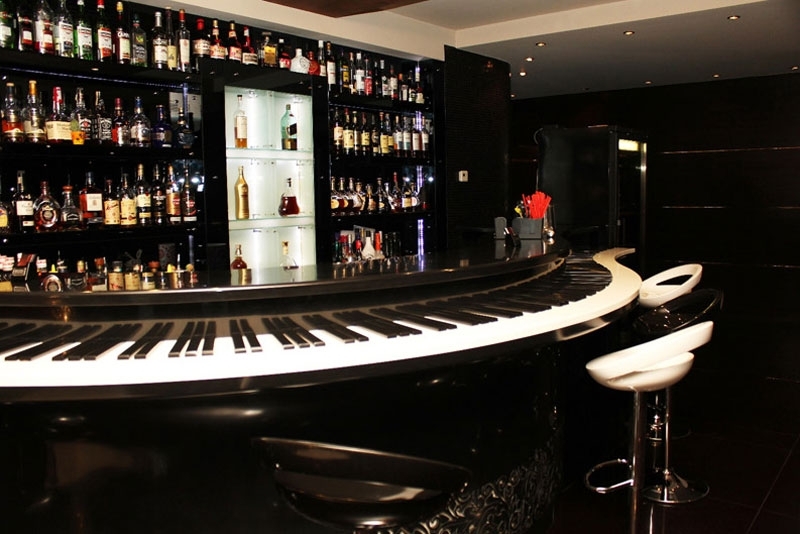 The only real bar kinds of things are Cheers on Sakharov Square, and the Irish Pub on Sayat-Nova avenue. The in-crowd that goes dancing is not really big, you’ll recognize most people soon. Three popular places to go dancing are Relax, Cheers and Bunker. There are also a lot of museums and theatres in Yerevan. The Yerevan Big Philharmonic Hall after Aram Khachaturian features a large variety of magnificent concerts ranging from classic music to high quality jazz performed by local and guest musicians at very affordable prices.