INTRODUCTION TO THE HISTORY OF ARMENIA 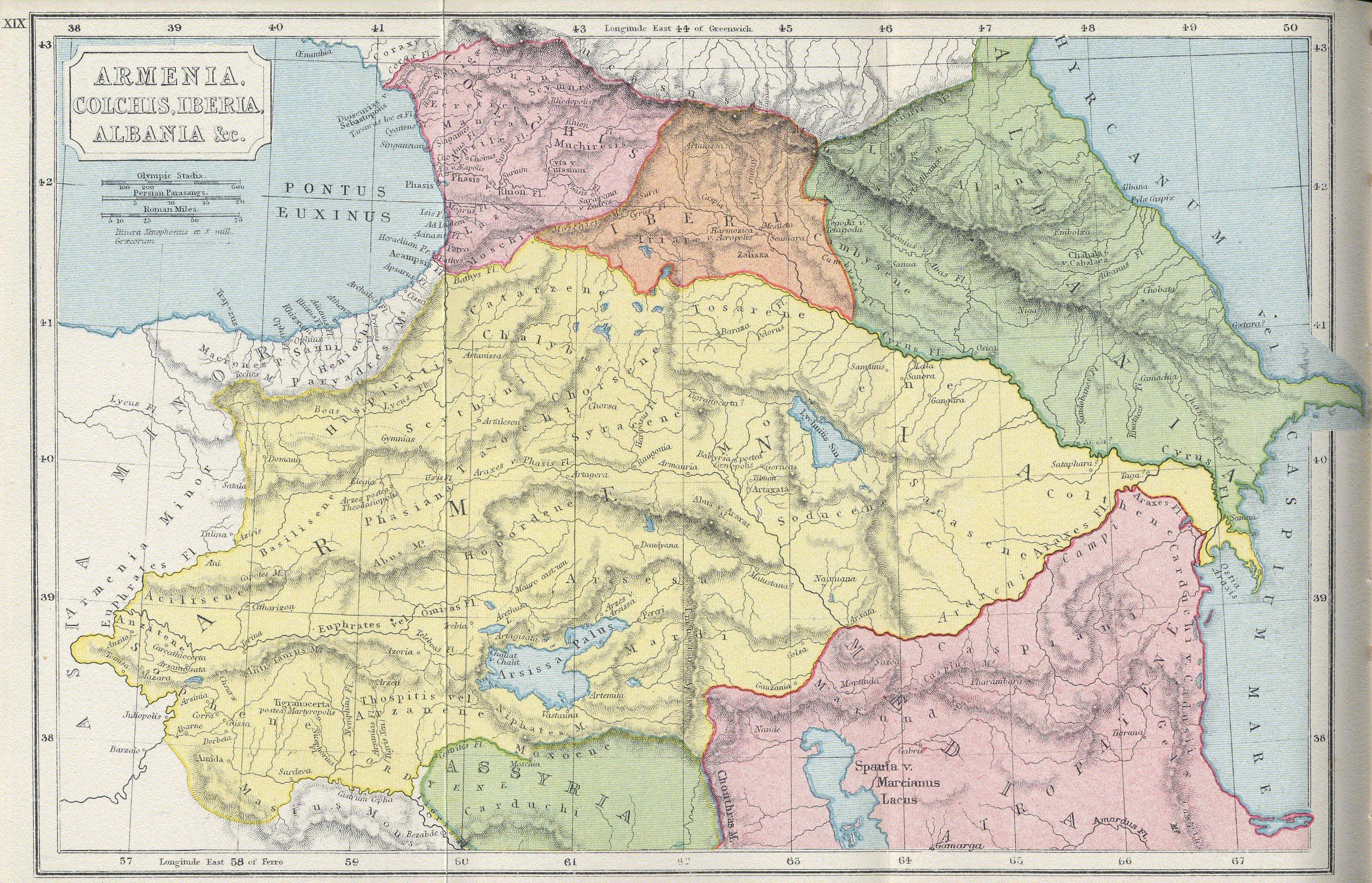 Armenia is one of the oldest countries in the world with a recorded history of about 3500 years. The first significant state of the Armenian Highland was the highly advanced Kingdom of Ararat 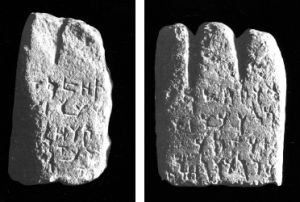 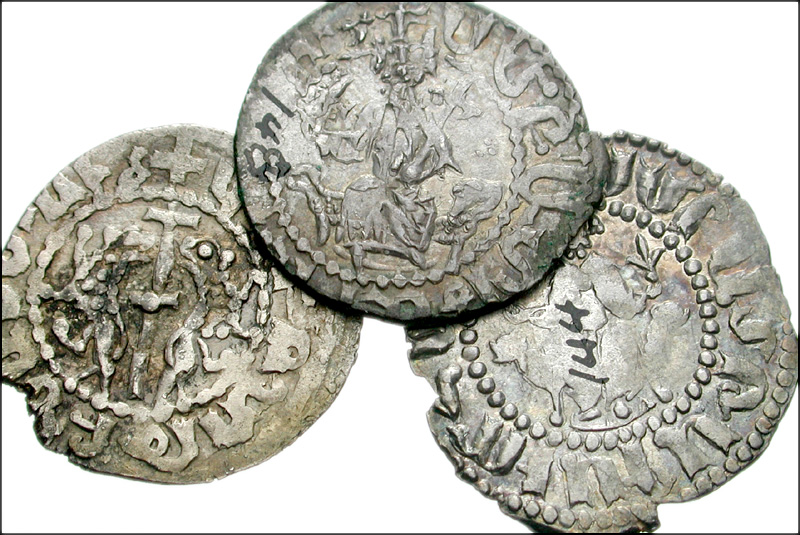 better known under its Assyrian name Urartu. In 782 BC the Urartian king Argishti I founded the fortified city of Erebuni, which is today’s Yerevan, the capital of Armenia. This state was formed in the 9th century BC and existed until the 7th century BC when it fell weakened by Scythian invasions, but after several decades was revived under the Armenian Yervanduni (the Orontides) dynasty with the capital in Armavir. This period in history is known as the First Armenian Kingdom. 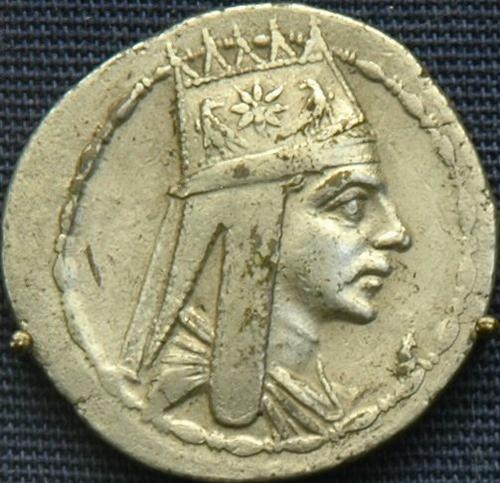 Under the Yervanduni dynasty Armenia soon became a satrapy of the mighty Achemenide Persia, and later part of the Seleucid Empire. It restored its full independence in 189 BC under King Artashes I, founder of the Artashesian dynasty (the Artaxiads). The kingdom started to expand and reached its peak during the reign of Tigran II, also called Tigranes the Great (95-55 BC). Under Tigran, Armenia ascended to a pinnacle of power and became the strongest state in Asia Minor. The empire of Tigran II stretched from the Caspian Sea in the East to the Mediterranean Sea in West, and from Mesopotamia in the South to the river Kura in the North.

The adoption of Christianity was a starting point for an unprecedented spiritual and cultural upsurge in the life of the nation. The Armenian king Thiridates (Trdat) III in 301 AD declared Christianity the state religion of Armenia, thus making Armenia the first Christian state in the world, with Gregory the Illuminator as the first head (Catholicos) of the Armenian Apostolic Church. 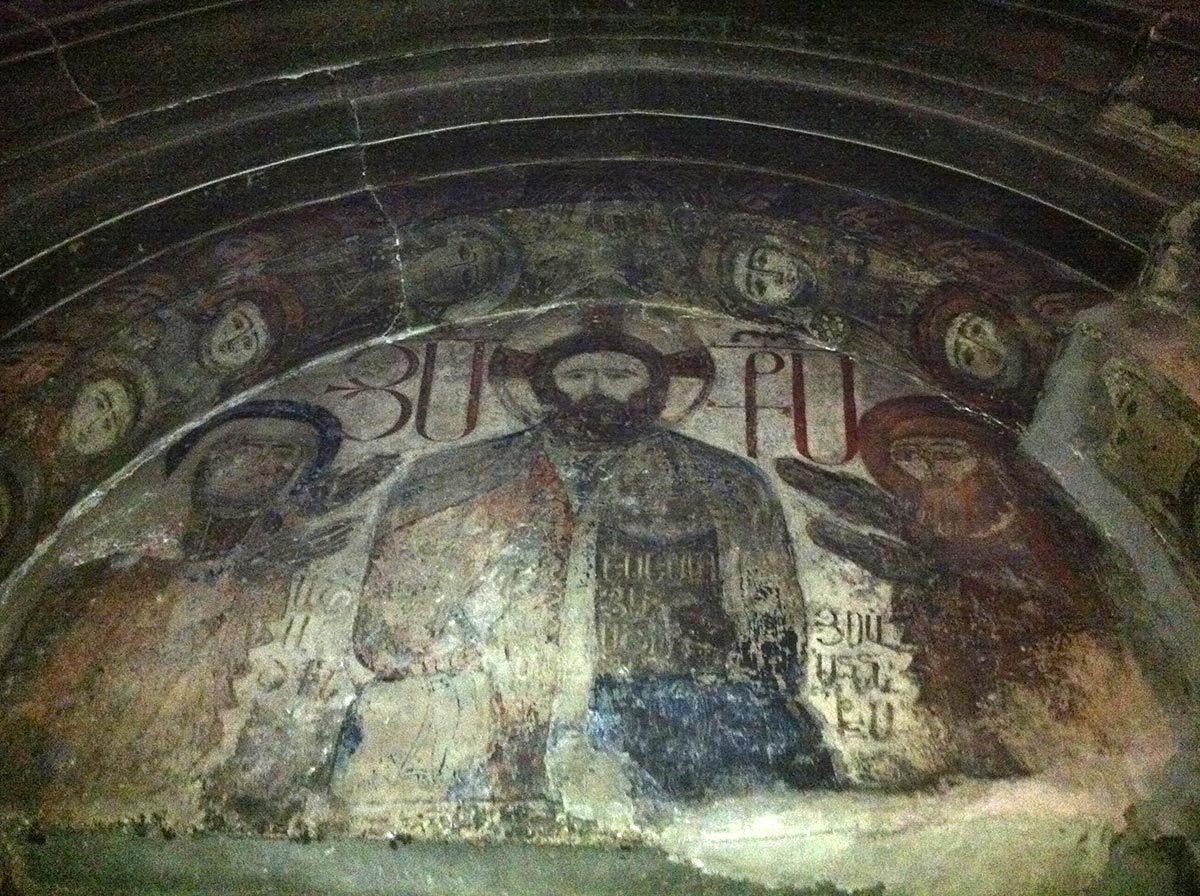 Christianity was legalized in the Roman Empire 12 years later.Armenian writing invented in 405 by Mesrop Mashtots, an outstanding enlightener, proved of crucial importance for the preservation of Armenia’s cultural identity in conditions of its political dependence. It set in motion a powerful development process in Armenian literature, historiography, philosophy and art. 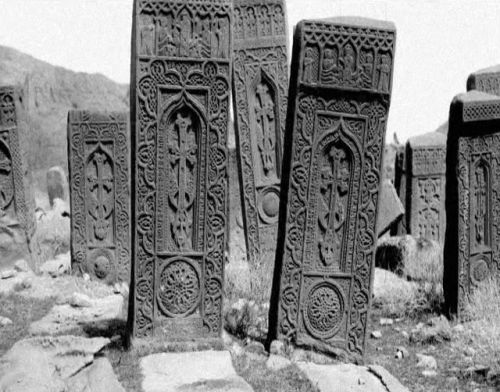 Conversion to Christianity was inevitably to bring in its wake complications of a political nature.  By the end of the 4th century repeated incursions by Armenia’s two hostile neighbors – Persia under Sassanian dynasty and Byzantine Empire led to the split of the country and the downfall of the Arshakuni (Arsacide) Kingdom, the Second Armenian Kingdom. This was followed by the Arab invasion in the 7th century and two centuries of stagnation in the economic and cultural life of the country. 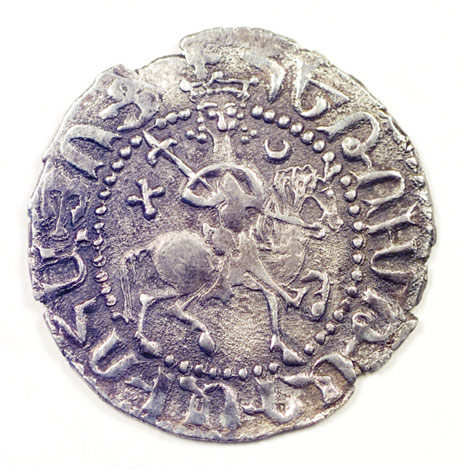 As the centuries rolled on, marked by catastrophic events,
Armenia found herself constantly in armed conflict with Media, Patria, Rome, Macedonia, the Byzantine Empire, and, after the advent of Islam in the 7th century, with the Arabs, the Seljuks, the Osmanli Turks and the Mamelukes of Egypt. These frequent conflicts greatly diminished the military strength and the political power of the Armenians without, however, weakening their moral stature and stamina. Toward the close of the 11thcentury, Armenia, now ruled by the Bagratid Dynasty (Third Armenian Kingdom) and at the peak of its political, social and cultural development with capital city Ani, fell tinder to the Byzantine Empire and the Seljuks. 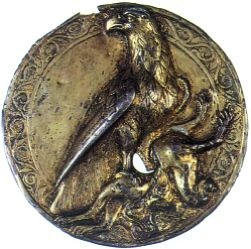 The invasion from beyond the Caspian Sea of the marauding nomads of Central Asia, with its attending savagery, compelled a large number of Armenians to move south, toward the Taurus ranges close to the Mediterranean Sea, where in 1080 they founded, under the leadership of a young prince, Ruben of the Bagratid Dynasty, the Kingdom of Cilicia or Lesser Armenia (Fourth Armenian Kingdom). The Cilician Armenians established very close relations with European countries and played an important role during the Crusades, providing the Christian armies a safe heaven and provision on their way towards Jerusalem. Fate had yet another fatal setback in store for the Armenian people. During the third quarter of the 14th century, the Cilician kingdom found itself exposed to the fury of Egypt, a country which had converted to the faith of the Prophet Mohammed. 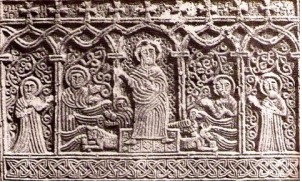 With no help forthcoming from the Christians of the West, Armenia surrendered to the Mamelukes after a dogged, yet hopeless, resistance, and the year of grace 1375 saw the last of the kings of Armenia, Leon VI. The chivalrous monarch who had taken the road to the royal Courts of Europe to seek assistance for Armenia died at Calais, France, in 1393, and his remains were laid to rest at St. Denis, near Paris, among the kings of France.

After the fall of the Cilician Armenia, the historical Armenian homeland, or Greater Armenia, was subject to various Muslim warlords, and eventually was divided between the Ottoman Empire (Western Armenia) and Persia (Eastern Armenia). Several Armenian principalities managed to preserve their independence or autonomy. The most significant among those was the Federation of Khamsa in Artsakh (today’s Nagorno-Karabakh). De facto independent Armenian principalities existed also in the regions of Sasun and Zeytun in Western Armenia 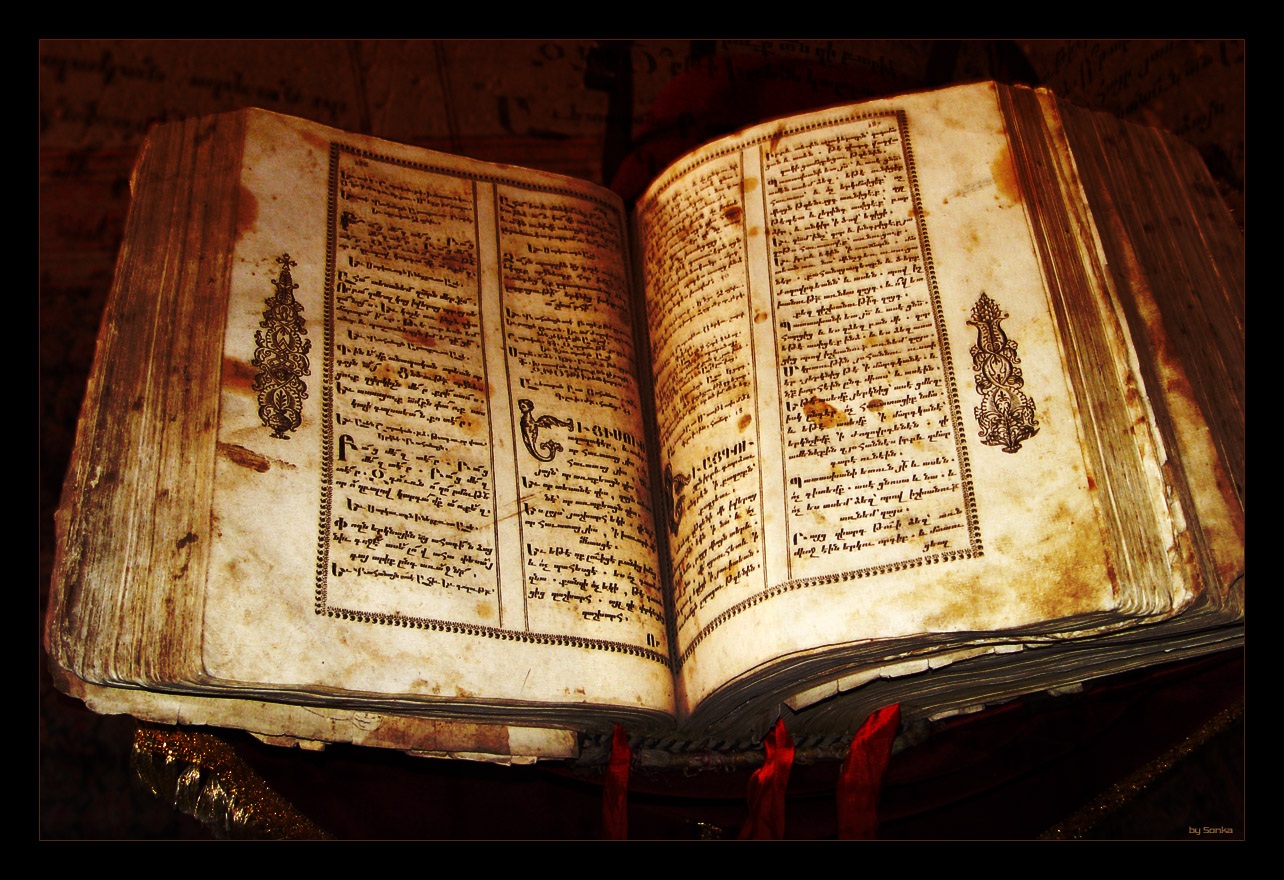 From the 17th century through World War I major portions of Armenia were controlled by their most brutal invader, the Ottoman Turks, under whom they experienced discrimination, religious persecution, heavy taxation, and armed attacks through total annihilation of Armenians in their historic homeland of 3500 years. More than 300,000 Armenians were killed between 1894 and 1896 and more than 1.5 million were massacred in 1915, in what is now recognized as the first genocide of the 20th century. 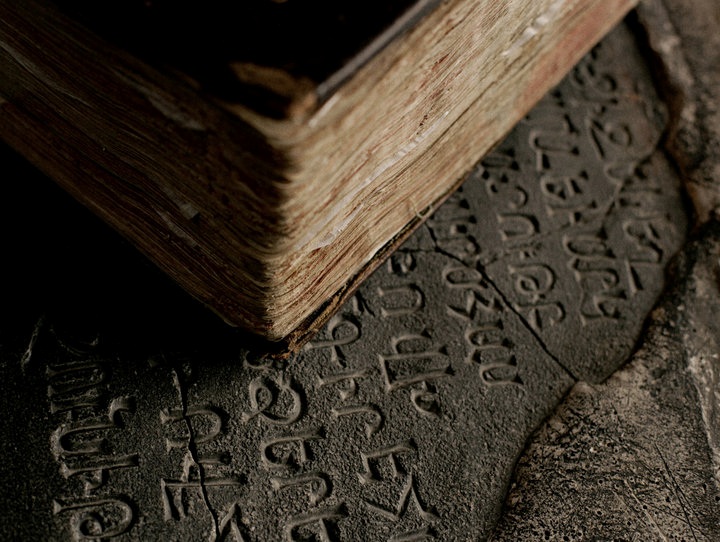 After Turkey’s defeat in World War I, the independent Republic of Armenia was established in 1918, which lasted only two years until it was overtaken by the Soviets and became a republic of the USSR. Mikhail Gorbachev became the leader of the Soviet Union in 1985. The 71 years of Soviet rule in Armenia were a period of relative security, of great economic development, and of cultural and educational achievements. Armenia was one of the 15 Soviet Republics in the USSR.

The republic’s Parliament then declared that Armenia’s laws took precedence over those of the Soviet Union. In September 1991, the Armenian people voted in favor of independence from the Soviet Union in a referendum. In October, the people elected first president. In December, the Soviet Union broke apart, after Armenia and other republics withdrew from it. Armenia became a member of the United Nations on March 2, 1992 and a member of the Council of Europe on January 25, 2001.

Indeed, it is too difficult to introduce all about Armenia in brief. This information tries to outline the most important, in our perspective, aspects of the country.

Tens of thousands of inquisitive tourists come to Armenia from different countries and states. Are they attracted by the relics of antiquity or by the natural beauty of this land? Is it the anticipation of communion with the world’s oldest civilization or a desire to discover more about Armenia’s present-day life?

You will probably find the answer in following words expressed by Rockwell Kent, the prominent American artist: “If asked in what place of the world one is likely to find the greatest number of wonders, I would name Armenia first of all”.

We welcome all visitors to the Republic of Armenia and wish them a pleasant journey with the words of a world-famous writer: “At least once in a lifetime one should go to Armenia. Here miracles and discoveries wait for everybody to leave a strong impact on them. And whoever wishes to have unforgettable days just like in old times he should walk through the land of Armenia… and he would not regret it.” 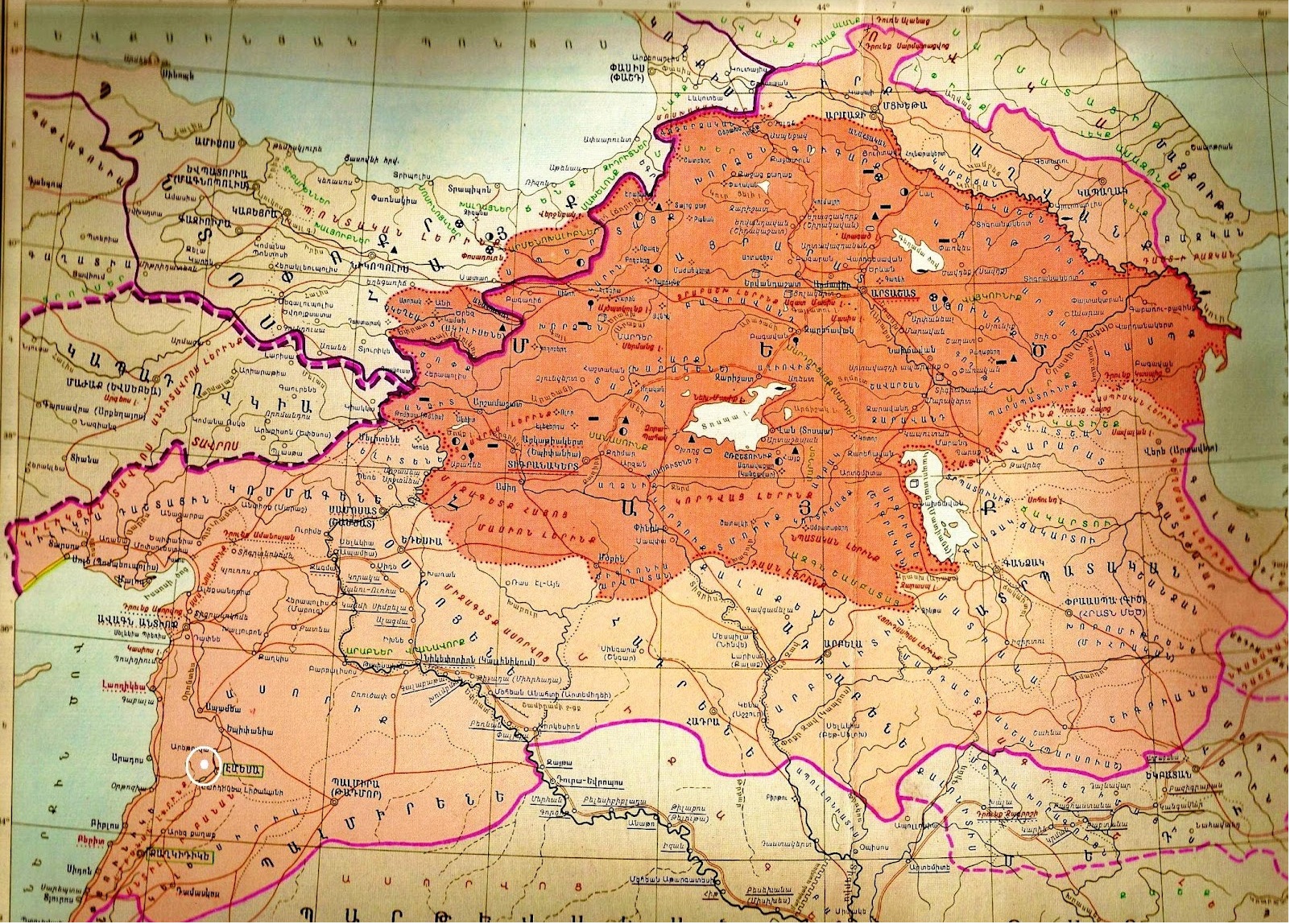