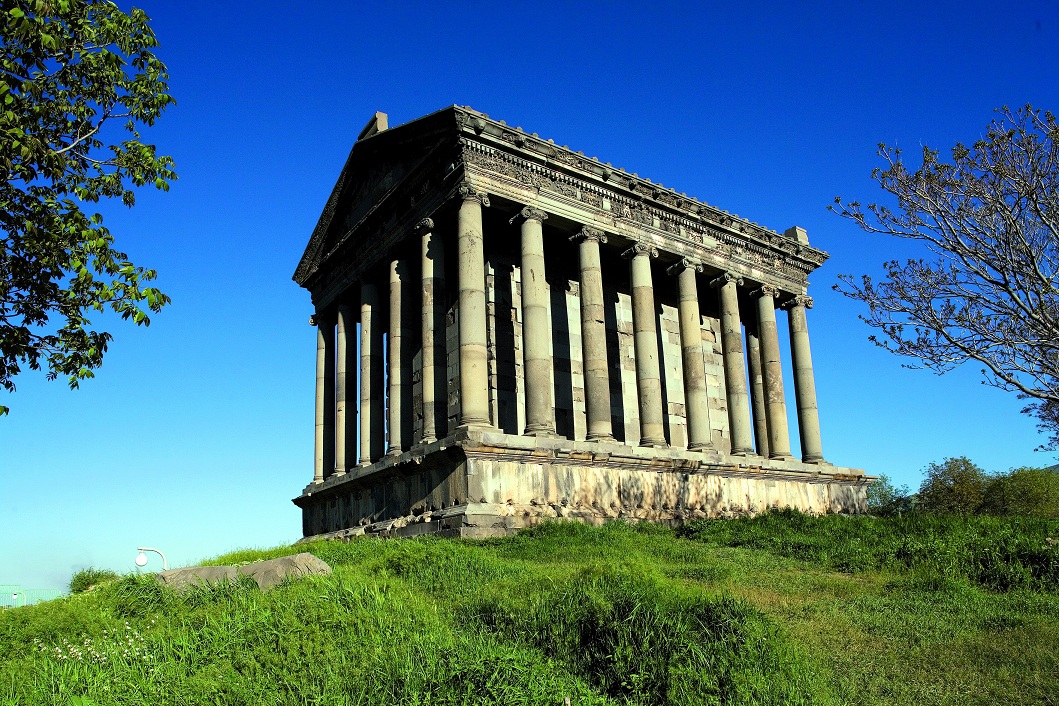 The temple of Mihr, the God of Sun, is a unique Hellenistic edifice. It was preserved even after the official adoption of Christianity in Armenia. The reason for that is the fact that the temple used to be on the premises of the royal summer residence. The temple was built in 77 A.D. by the Armenian king TerdatI. In 1697 it was badly affected by the earthquake and restored in 1970s. 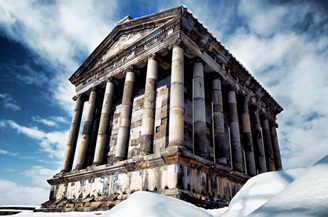 The pagan temple of Garni is a wonderful exemplar of the antique construction mastery. On the façade and the laterals it is adorned by Ionic style columns in 6 on the front and 8 on both sides. The capitals and the interior ceiling, the central and lateral frontispieces are performed with exceptional dexterity and skill. 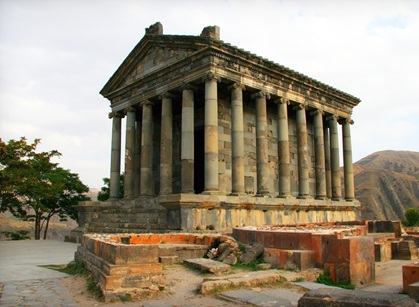 The Temple of Sun is located on the premises of the Garni citadel, which used to be impregnable due to its position and the citadel wall made of enormous basalt rocks. The fortress once accommodated the palatial courtroom and the dwellings of the royal legions that did not endure.

Extremely lavish is the royal bath house built in the 3rd century. The bath house was heated through hot air. The flooring of the cloakroom was completely covered with mosaic images borrowed from the Greek mythology, namely the origin of life from marine deities. The mosaic still bears an inscription in Greek that reads: “We labored yet did not obtain”.